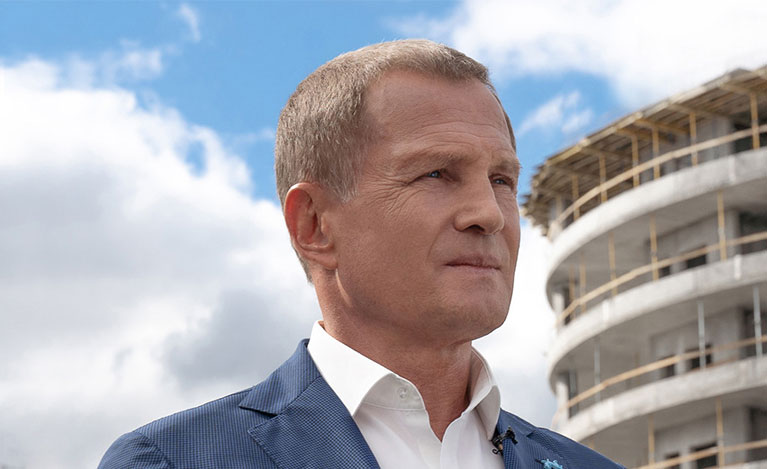 Volodymyr Zubyk writes for Korrespondent weekly magazine: Kyiv through the eyes of an investor

Airport in Boryspil, Southern Bridge, Dnipro river embankment, hotel in the heart of Kyiv. Here is the common route of an investor who arrived in Kyiv for negotiations. We may appear to be convincing to our guests that Ukraine’s agro-industrial sector is a massive prospect, IT is fast-growing, but the investor, apart from sensible arguments, always takes his intuition into account a bit. And the latter is usually based on emotional perception. On the sensual evaluation of what one sees outside the window while the car takes him to the hotel before negotiations.

Yes, you’ve got me right. The world of big money and investments is ruled by emotions today. And that's why Tesla shares keep notching records. And the capitalization of the company, manufacturing hundreds of thousands of electric cars, skyrocketed to surpass the net worth of German and American car giants, manufacturing tens of millions of cars. Investors want to believe in a miracle, operating profit is nothing nowadays, as the world firmly believes in big ideas and quantum leaps able to break the patterns of traditional business models.

This is the reason why Southeast Asian countries display relentless efforts to stun the whole world with skyscrapers, infrastructure that looks fantastic in its size and beauty. Projects of this scale and complexity speak volumes about your success, billions of investments, engineering and scientific potential, country’s ambitions.

How can Kyiv charm an investor? What emotions are generated by the sight of architecture of our capital? What are we ready to surprise with? Where is that modern-day Kyiv?

I have been in the construction business for over twenty years and I have always focused on quality public housing. I succeeded - we produce Toyota, though I have been pursuing a lifelong dream of Tesla. I am happy that today my dream is turning into reality. A new futuristic architecture emerges at the foot of the ancient Pechersk hills. It is a premium complex Intergal City which is sure to make an impression even on seasoned experts of architecture!

This is truly a symbol of the new Kyiv. The futuristic aesthetics of the complex naturally fits in the scene of masterpieces of Kyiv antiquity and mega constructions of the Soviet era. Business center, panoramic apartments, terraces with gardens, restaurants, fitness center - when seen from distance, this complex reminds of a giant cruise liner, which somehow floated up the Dnipro and anchored to let its passengers admire the golden domes of the ancient Lavra.

We invested a lot of money in the project and were not willing to seek compromises. I have always believed that Intergal City is a business card not only of Intergal-Bud, it is a business card of the new Kyiv, the capital of the state with ambitions and potential.

I have no doubt about the commercial success of the project. The only frustrating thing is that the society is influenced by an absolutely old-fashioned and sanctimonious attitude to the new architecture. Don't change anything - this is a favored populist slogan that dominates public opinion. But this is a false recipe. The capital should shine, cause admiration, win over the hearts and minds. As soon as we realize this, the attitude of investors towards our country will also change.