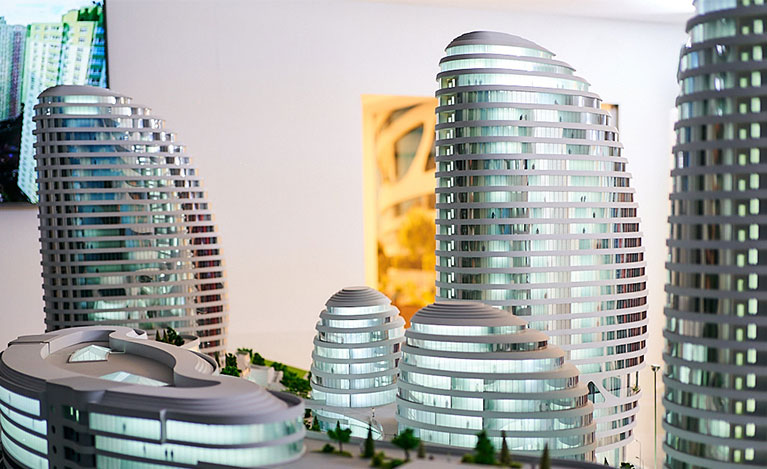 On October 28, on the territory of the client area of ​​the premium complex INTERGAL CITY, an event was held in honor of the start of sales of apartments in tower A.

The guests of the party — potential and current residents of the complex — were met by the host of the event, Marysya Gorobets. The entertainment program was rich: the guests had the opportunity to communicate with the top management of the Intergal-Bud developer company, take a memorable photo against the backdrop of landscapes that will open from the balconies and terraces of their future apartments or apartments. The partner of the event, the Scotch whiskey brand Auchentoshan, was treated to exquisite drinks, one of the most refined and soft single malt whiskey with a bright aroma.

The laser show became the central event of the party. Using smoke, sprayed by drones and laser beams, the authors of the idea recreated the upper part of tower A, which is now being built.

In her speech to the guests, the commercial director of the Intergal-Bud company Anna Laevskaya noted: «In terms of the level of the concept, for the extent to which the INTERGAL CITY project is thought out to the smallest detail, it has no analogues in Ukraine. INTERGAL CITY has everything: modern interesting architecture, its own large adjoining territory, and modern technical characteristics and infrastructure. This is the result of the work of a talented and professional team of architects, technicians, designers, marketers, and it really is at the premium level.»

It is worth noting that even at the design stage, INTERGAL CITY, unique in its architecture, became the winner of two international awards at the real estate market — EE Real Estate Awards 2018 and European Property Awards 2018.

As a reminder, on January 1, 2020, Intergal-Bud announced the start of sales of apartments in towers B, V and G.